Commentary for The All Powerful and Omni-Potent Cult of the Sperm ...and other emotionally satisfying myths The Myths of Science and Their Agenda

See the article, written when I founded the Women's Institute for Individual and Political Freedom around 1998.  The graphic below was created to illustrate the article. If you have a photo of Bruce, Lagasse, who you get to know a little in the commentary, please share the picture with me.  I'm putting up a short biography for him here. 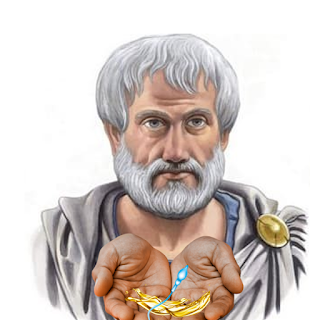 I first met Bruce Lagasse soon after I joined the Libertarian Party.  Ed Wolford signed my first membership card, he being the person in charge of state memberships, I think he was Secretary.  I had first met Ed when we were both passing out literature for Barry Goldwater, Jr., who was then running for Congress around 1968 - 1969.  I was delighted to find he and his new wife, Cynthia Gant-Wolford, were members and did not live very far from us.  Us includes my then husband, Ronald Edward Kellett, who soon after this took part of my name and became Ronald Edward Foster, over my objections.

At the time I first joined our first daughter, Dawn Ellen, later her name changed at her request to Pillsbury, had been born and I was, again pregnant.  Ron joined the LP too, but never renewed or became active.

The saga of Ron will be told elsewhere, but soon.

The forthcoming book, which will include the poetry I wrote but did not share with Libertarians - though a part of these were about Libertarians, justice, freedom and other related themes, will be included in the book, the working title of which is Just Desserts.  The choice of title will be explained before the book is published for sale.

Now, the Commentary, a story about Bruce.  Over the years he confided in me.  I was a good listener and had, by then recognized he was well meaning and true to his own values.

The All Powerful and Omni-Potent Cult of the Sperm ...and other emotionally satisfying myths

The Myths of Science and Their Agenda

Lo, many years ago, when I had more recently left the Libertarian Party behind me as an activist, I ran across the intriguing Aristotelian Theory you will read, title above, written in response to the observation made, reported and then installed as fact in practice and law.

My own experiences with gender bias in the Libertarian Party began with a short discussion on the issue of freedom of choice with a now deceased gentleman named Bruce Lagasse.  At the time, Bruce was editing California’s State Newsletter.  I had been persuaded to organize the collating parties for this monthly event.

At the time, I had been pregnant with my third child for about 9 months.  I knew perfectly well the common assumption was that this meant birth would soon take place. But since each of my previous pregnancies had gone a full 11 months my experience told me there was still a while to go.

Bruce arrived with the printed newsletter, stamps for out of area recipients, rubber bands for grouping by zipcode and the printed labels to be applied.  Two LP members had arrived to help out and consume the Region 11 Cake, which I had, only five minutes before taken from the oven.  The aroma permeated the kitchen and dining room before curling into the living room, where the collation party would take place.

Being an observant fellow Bruce immediately said to me.  “Haven’t you had that baby yet?”  I responded, “No, obviously not.  And since the other two took 11 months I assume this one will also linger for a month or so.”

Bruce poopooed my judgement and told me to go to the doctor and get it done.

Bruce, you should know, lived and died a bachelor and likely never saw an infant unless those were mine.  No one else in the LP, with one exception, had a small child, and she was not an activist so did not encounter Bruce.

Changing the subject, I shared with Bruce that I had arranged for a midwife to help with the birth, which would take place in our home.  Shock registered on his face.  “You have no right to do that!”  he exclaimed.  I informed him this was my body and my baby and yes, I did.

Bruce countered, demanding to know if Ron, my husband, was going to let me give birth at home.  I told him I was willing to let Ron give birth anyplace he liked if he decided to have a baby, though given his biological preprogramming I did not think this likely.

Putting up with Ron sleeping through the birth of my last baby, the year before, and grumbling about it when he was forced by the nurse in the hospital to wake up when I refused to have any medication for the birth, which was imminent, brought a brief silence from Bruce, which allowed the cake to be served.

“No medications?”  The shock was palpable on his face.

As this dialog went on, I had put out the orderly piles of pages to be collated, gotten drinks for the collators, and let them know the cake would not be cut and served until after the newsletter work was finished.  No chocolate fingerprints on the newsletter, that I would not tolerate.

Bruce, with a satisfied look on his face told me I had nothing to say about where I gave birth.  This was not an issue of rights, but a medical issue.

I fixed him with a stare and said, “Really?” sarcasm dripping slightly off my tongue. Bruce would later be served a very small slice of his favorite Region 11 cake and not be allowed to take the rest home with him.

Ayn was born at home two months later, 13 months younger than her sister, Dawn.  I was alone at the time, a good friend of mine had picked up Dawn and would keep her overnight.  Ron was out in the garage, occupied with his collection of spare parts, bolts and his welder.  He was not missed.

After her birth Ayn turned her head and looked at me, making a deep growling sound.  I have never heard another baby make a sound like that.  Not wanting to stretch the still pulsing umbilical cord, I eased a wrapping blanket around her and brought her up on my belly.  Raising her head slightly her attention was arrested apparently by my breast.  Her legs began kicking motions and her eyes and mouth were wide open.  Slowly, still careful of the cord, no longer pulsing, I repositioned  her close to my breast, ready to assist her.  Not necessary, it seems; she grabbed on like a cat on a mouse and settled in enthusiastically to nurse for a good long time falling asleep with her mouth still poised close to my breast.

It was a wonderful birth. 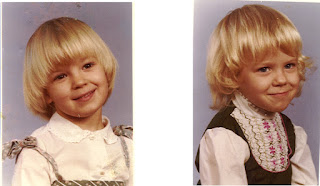 Bruce’s assumptions about women were sometimes funny, but at other times outrageous.  I last talked to him not long before he died in 2015 and always considered him a friend.  But A is still A.  Bruce gifted me with the poster he had made of himself on his Everest Adventure, which I cherished.

Posted by Melinda Pillsbury-Foster at 8:18 AM No comments: